ALL ABOARD THE NORTHERN EXPLORER 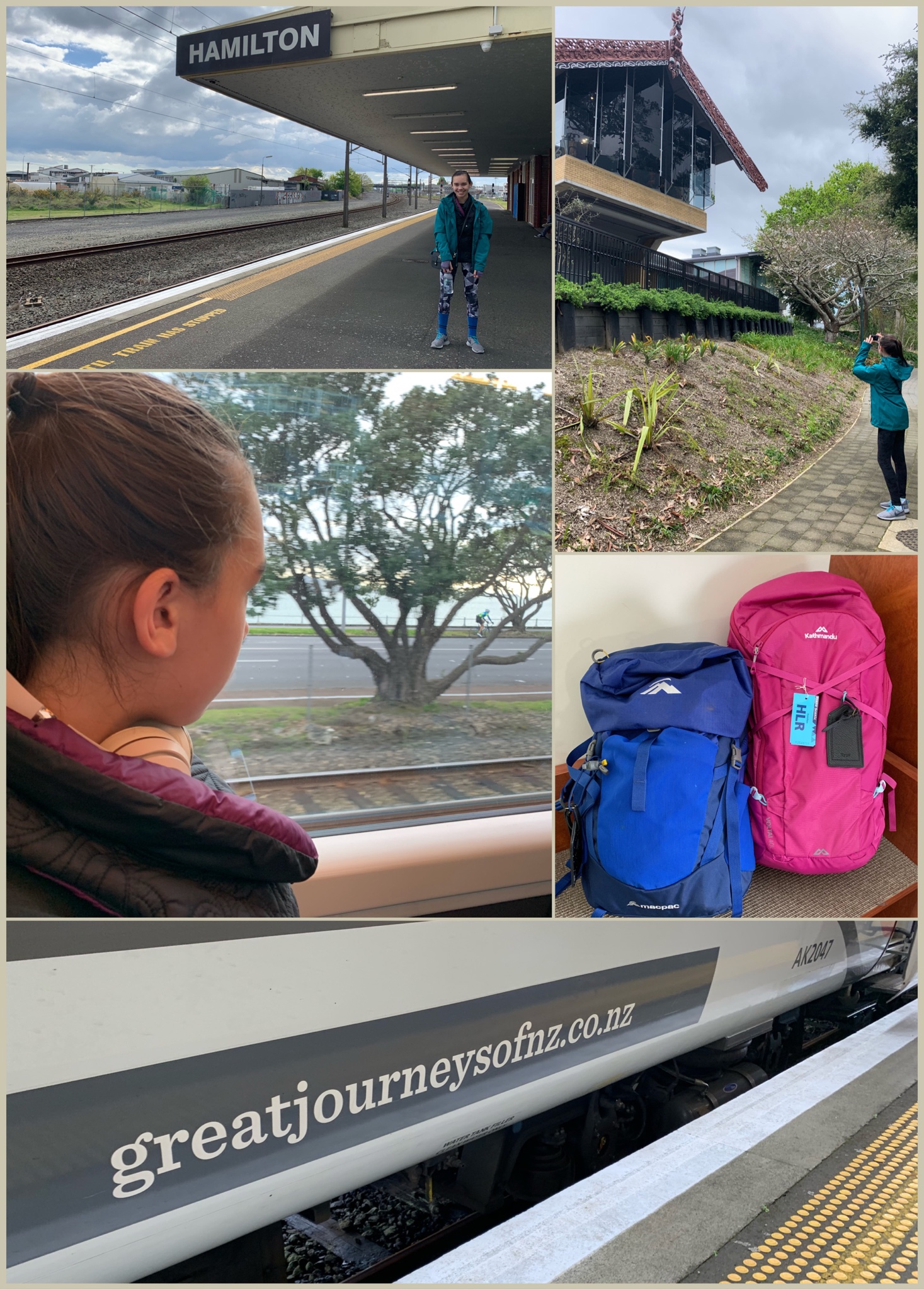 When I was about Isabelle’s age, once a year we would all to catch the overnight train to Palmerston North to attend a teams badminton tournament. It was fantastic! (Well at least from what I recall … )

Obviously I’m much older now, so it’s not super clear, but I do recall it was old school train and the seats used to turn around and although it was a night train I’m pretty sure there wasn’t much sleeping going on, but you’d have to ask my parents about that one.

Anyway, that was probably the last time I caught a train (bar the times I’ve caught the train to Eden Park to watch the rugby … but you know, that’s not quite the same .. )

So when Isabelle and I were looking for an adventure to celebrate one of her academic achievements we settled for a trip on the Northern Explorer.

The Northern Explorer runs between Auckland and Wellington and although I ADORE Wellington, I don’t love it enough to spend 10 hours traveling to get there!

Isabelle and I had narrowed our destination down to two – Hamilton & Ohakune (chalk and cheese really), in the end Issy opted for Hamilton because it had a climbing gym – I think that’s how most of our adventures are going to go now that she’s found climbing. 😉

So – back to the train – OMG it’s THE fancy way to travel these days!   The Northern Explorer is nothing like the train I remembered as a kid!  At it seems to be the only way to travel if you are of a certain (super gold card holding) stage!  Although in saying that,  I still wouldn’t want to spend close to 11 hours on it, but I may change my mind when I’ve reached the age of retirement. I guess only time will tell ..

As Hamilton is only a short 2.5 hour journey, we probably didn’t even scratch the surface of what the train has to offer – we didn’t visit the dining car (but it looked lovely) and as we basically rode through the most boring part of the entire railway system (I mean there are only so many backs of factories that you can look at before you decide you’d rather play uno) we didn’t feel the urge to visit the viewing car either – however with the uninterrupted views it affords, it would be THE place to go if you were on the train when it went through National Park.  In fact, I should probably put that on my “things to do when I’m retired” list ..

If you are wondering how Issy liked Hamilton – the Hotel got a thumbs up for the view (thanks Ibis Hamilton Tainui) and there was a Nandos (bonus – (for her that is, I’m not actually fussed by Nandos)) and we both liked the Museum and the shopping mall (Cotton on Body for her and Kathmandu for me) and the climbing gym?