IT’S MY BIRTHDAY AND I’LL ZIP LINE IF I WANT TOO .. 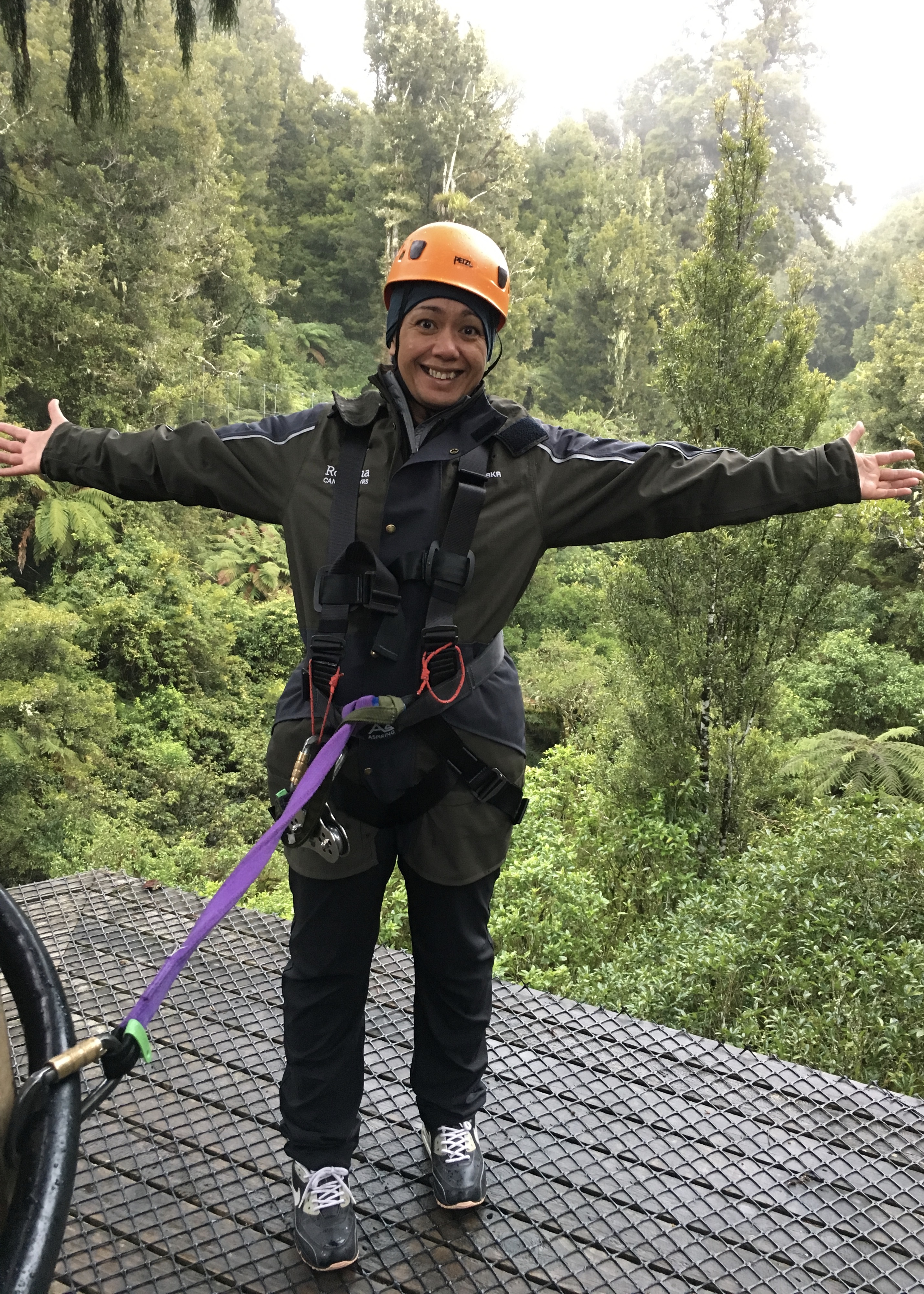 It’s become a “thing” in our house where instead of buying stuff for our birthday’s, we do stuff, eg. we make memories.

The kid’s have visited Tree Adventures for numerous birthday’s, however the only part of the high wire’s that I enjoy is the zip lining, unfortunately that’s the EXACT part my kid’s aren’t that found of, so no one  was “that” keen on zip lining for my significant day BUT because James has to spend the rest of his life with me in the same bed, he caved and said he’d come, and that’s how my birthday outing became somewhat of an adults only event ..

We grabbed some cheap plane tickets to Rotorua, booked a hotel within walking distance of the only indoor climbing gym in Rotorua (which is UBER cute, but I’ll write about that in a later post) and booked ourselves onto the Rotorua Original Canopy Tour.

I’d originally wanted to do the Ultimate Canopy tour (which is both higher and longer) however the weekend we went the weather was pretty atrocious and the best chance of not being struck by lightening was first thing in the morning so we settled on the first tour of the morning which happened to be the shorter of the two events.

We figured, if we enjoyed our experience we could always go back and do the “big brother tour” some other time – it’s better settle on the safer option other than, well you know, be electrocuted. 😉

Our tour group was small, only 5 in total which I guess is the one advantage of going in the middle of Winter, thankfully none of us (even James who isn’t fond of heights) had a fear of  jumping off high things so we kept moving at a decent pace.  I will say that there’s quite a bit of walking involved and there’s more stopping to talk about stuff that I would have thought.   I obviously haven’t done a tonne of activities aimed at tourists, so all the talking about the native forest/flauna/bird life is quite possibly what that section of the market would expect – I on the other hand really just wanted to jump of shit and dangle upside down lololol.

All in all we had a great (albiet really wet) morning in the forest we will TOTALLY going back to do the Ultimate Adventure, in fact I see that they have opened something very similar to this in the Redwood Forest (which is where James and I did a trail running event) – perhaps we will make a long weekend of it – you know, just so we can compare the two. 😉