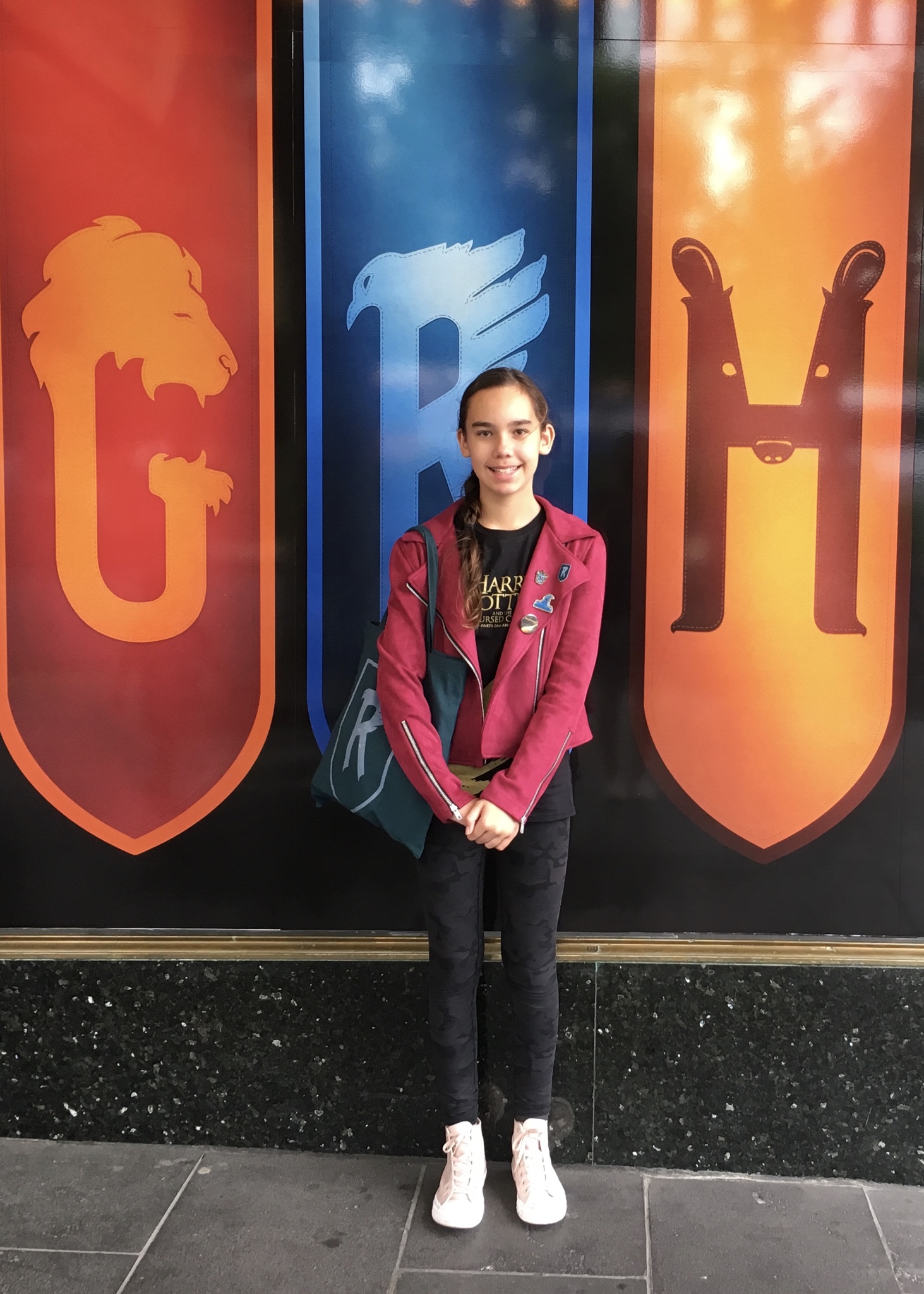 Miss 11 is one of THE biggest Harry Potter fans in the land, so it made sense that for her “big” birthday (11 in this case as that is when you get to catch the Hogwarts Express) that we would do something Harry Potter related and in this case we flew (although not on a broom) to Melbourne to see Harry Potter and the Cursed Child.

Harry Potter and the Cursed Child is a two-part play written by Jack Thorne based on an original story by J. K. Rowling, John Tiffany, and Thorne. It’s set 19 years after the events of Harry Potter and the Deathly Hallows and follows Harry Potter, now Head of the Department of Magical Law Enforcement at the Ministry of Magic, and his younger son Albus Severus Potter, who is about to attend Hogwarts School of Witchcraft and Wizardry.

Isabelle (obviously as a HUGE Potter fan) had read the play (multiple times) before we arrived, however I went in blind as although I’ve seen all of the movies, I’ve only read a couple of chapters of the first book, so I’m probably not what you would call a Potterhead in any stretch of the imagination (although I did run some virtual running events for Harry Potter Running Club (which has since been renamed due to copyright issues, but that’s another story).

I found the stage choreography incredible to watch and you definitely do not have to be a Harry Potter “fan” to see the show, although it does help to have some kind of understanding of the books so that you know who’s who – there are also sections of the play that are that much more enjoyable (in my opinion) if you have some background knowledge for example one of my favorite performances of the night came from Moaning Myrtle, but that’s probably because I knew who she was and I thought the performance was on point! Isabelle on the other hand having read the play multiple times came in already having a favorite character which was Scorpius, she did however agree that Moaning Myrtle was AWESOME!

There are some scary sections, there are some OMG that’s AMAZING sections and as I mentioned before the stage choreography is stunning – those capes! I totally want a cape! I probably would have paid a small fortune if they had sold those capes in the souvenir shop!

I will say that I found Part One far more entertaining than Part Two although perhaps I was just getting a numb bum from sitting down for so long .. who knows .. I did think it had a bit of a dumb ending, but I wouldn’t have changed our experience for the world. (Although Isabelle probably would if it meant she got to go to Hogwarts) 😉