Since our last camping #microadventure the kids have been keen to “rough it” again, however since it was Winter and the weather had generally been pretty shite, neither James and I had been ..

Now that Spring has (finally) sprung I have warmed up to the idea, even though the weather has remained pretty dodgy.  I guess a lot of that has to do with the fact that I’ve taken up paddle boarding during the weekend with a group of women.  We hit the water even if it’s pretty dismal out, and it hasn’t been any less enjoyable – well no – it’s always MORE enjoyable on the water with blue skies and sunshine BUT anytime on the water is better than none.

With this shift in perspective I didn’t immediately dismiss Miss 9’s request to go camping during the school holidays even though due to her Dad’s work commitments and her brothers general disinterest it would just be her and I after all any adventure is better than none – right?  I gave her the task of checking the weather forecast for the period she wanted to go and investigating Auckland Regional Campgrounds which included a) availability b)how many people were booked in for that period (the less the better in my opinion) and perhaps the most important part when adventuring with kids c) what activities we could do in the park while we were there.

Together we settled on Te Haruhi Bay in Shakespear Regional Park not only is it close to the beach (so we could paddle board ) the park also has a large walking and mountain biking trail network which would keep us busy when the tide was out. 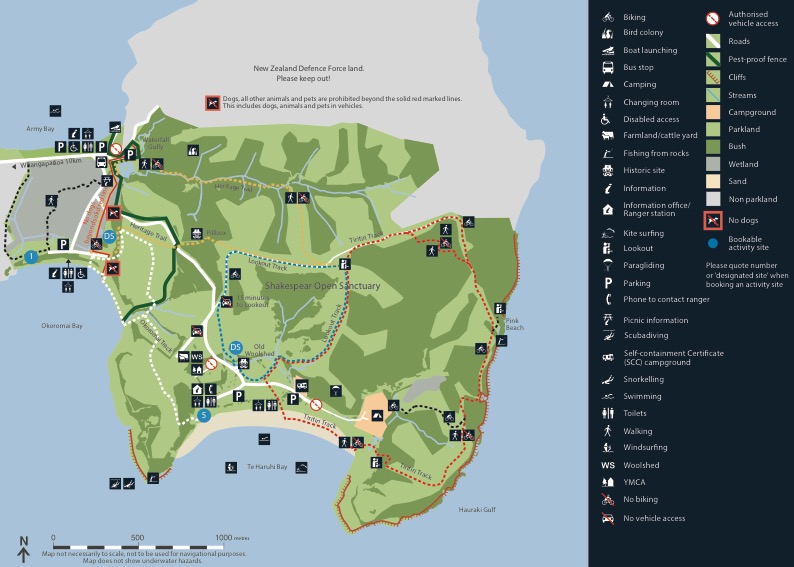 All this and only 31km from home!

The large flat expansive campground sits behind the sand dunes at the very eastern end of Te Haruhi Bay. The campground is pretty old school, even the entrance gate is secured with an actual padlock (not a fancy keypad like you’ll find at Wenderholm) and while I’m comparing the two although the toilet block here is much older (think average Kiwi beach toilet facilities) this one does have outdoor showers unlike it’s newer “sparklier” cousin, down the road.

We arrived mid morning on a Friday (the beauty of working part time) to find three other groups already set up in the shelter bays that run along one side. We chose to set up camp in a flat sunny spot closer to the water (as we planned to paddle board) and by the end of the day there were 34 of us settled in for a night under the stars (most of those being kids by the looks of it) we however were pretty lucky as in the Summer this place is routinely booked out sharing the site with 159 other people would be a very different camping experience. 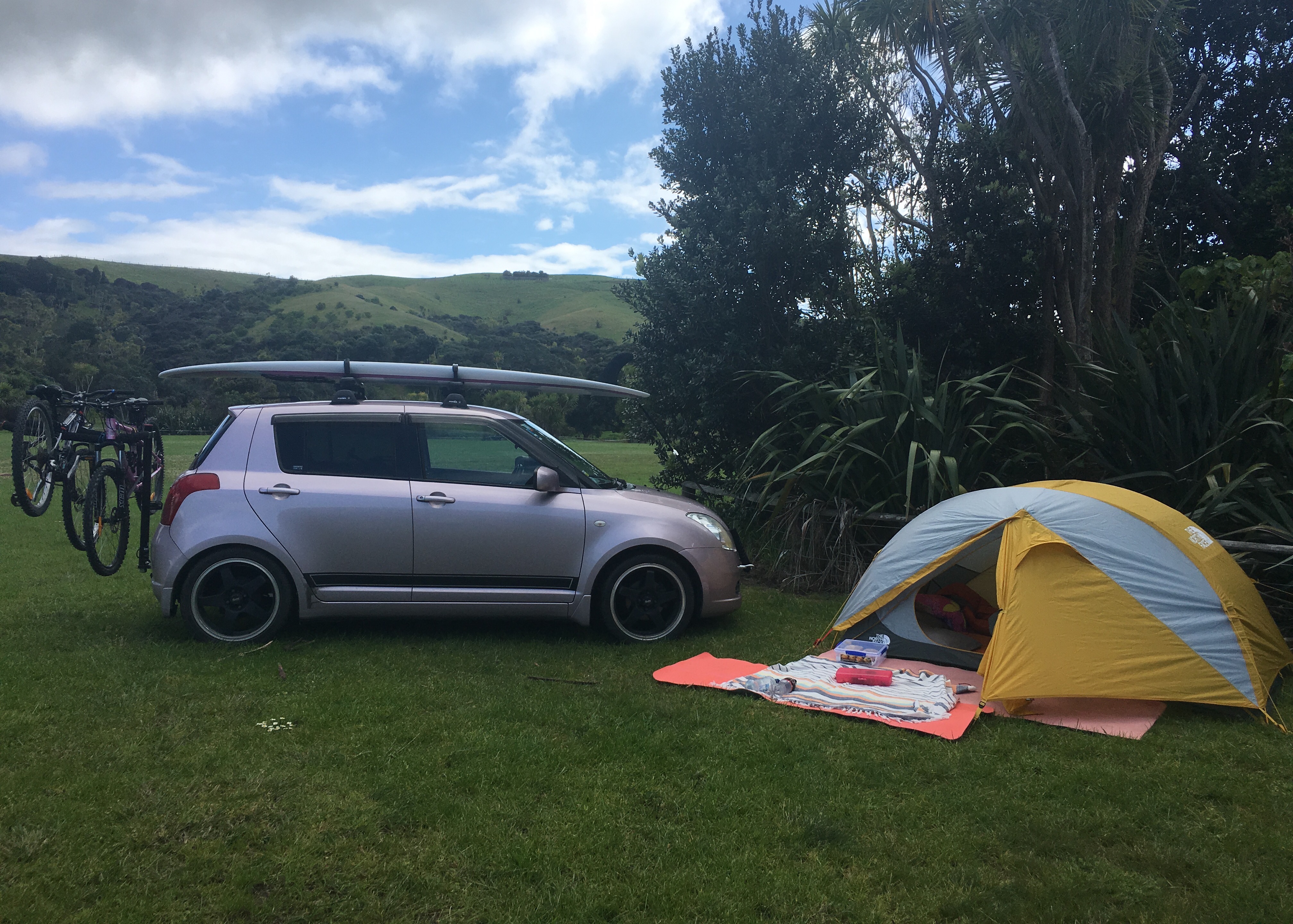 I loved how accessible everything was. Not only was the beach a very short walk away, you could access one of the mountain bike trails from one end of the campground and a walking trail from the other although the downside of this is that you do tend to get cyclists and runners ambling past, but at no time did we ever feel unsafe in fact we happily left our gear perched up on the fence near our tent while we set off on our 5km walk although an ex policeman once told me that not many people want to steal pink things, apparently it dulls their street cred .. lolololol.

This is definitely one to put on your “to do” list, especially if you live in Auckland.  It’s so close and a great place to head for a night away!