rāhui
1. (verb) (-ngia,-tia) to put in place a temporary ritual prohibition, closed season, ban, reserve – traditionally a rāhui was placed on an area, resource or stretch of water as a conservation measure.(Source).

A rahui was placed over the Waitakere Ranges at the end of 2017 by the mana whenua in a bid to stop the Kauri dieback disease. 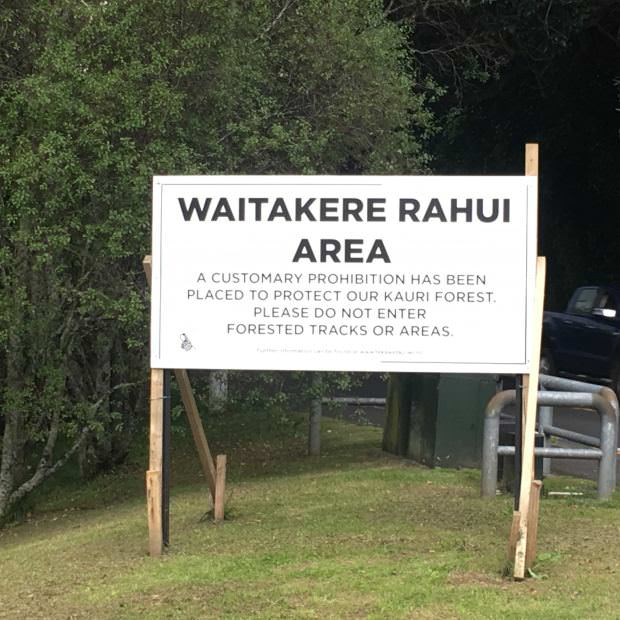 When I first heard about the possibility of a rāhui being placed over the entire Waitakere Ranges, I thought “How preposterous! Surely that’s never going to happen.” But happen it did. But perhaps the most confusing aspect of the rāhui (for the general population) is that the after much debate the Auckland Council decided against enforcing the rāhui by closing the entire park. Instead they chose to close only a selection of tracks whilst leaving others open.

So now what is one to supposed to do?

Obviously each person will have ditffering views on entering the Waitakere Ranges while the rāhui is in place, but I for one have chosen to #respecttherahui

Yes I’m annoyed that I now have to travel a bajillion miles to run any forest trails but honestly, there is no way I’m not going to mess around with anything tapu, firstly it’s disrespectful and secondly – well tapu! Enough said really ..

Thankfully, there are a few trails that are exempt from the rāhui for example Te Henga Walkway is still open (there are no Kauri trees along the coastal trail) and the northern side of Lake Wainamu is also excluded from the rāhui and in all fairness, the southern side of Lake Wainamu tends to be a quagmire anyway so think of it’s closure as a positive. 😉

Yes it saddens me that I may not get to fast pack the Hillary Trail anytime soon (or perhaps ever) especially as it’s one of those “bucket list things” that I could have done but hadn’t gotten around to yet but (once again) rāhui – so even though I don’t want too (and I’m not convinced it will do anything to help the Kauri Trees) I’m staying out of the forest.