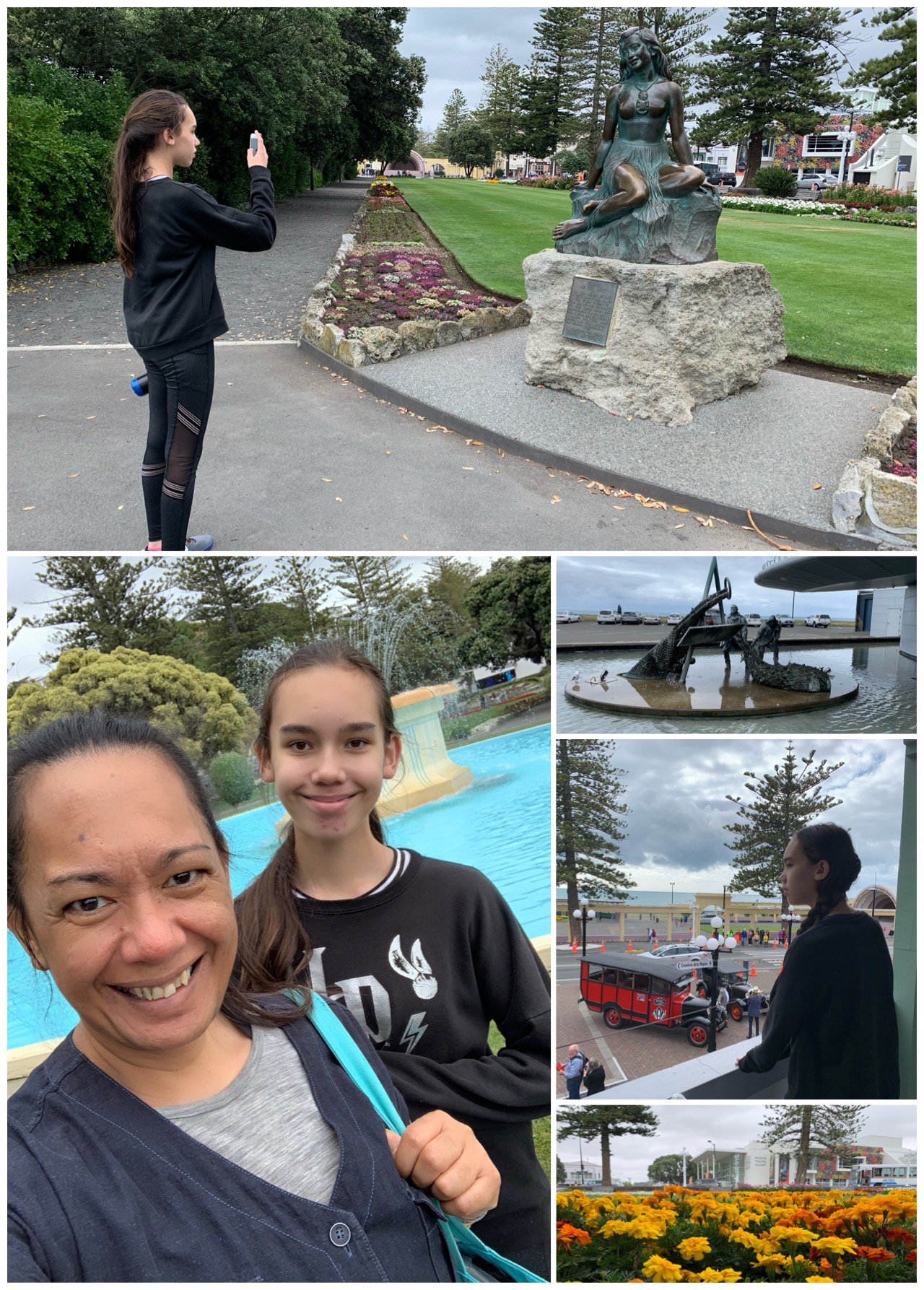 2020 is the year where we aim to see more of our Country.

For us, it’s as simple as keeping an eye on grab a seat and buying tickets for anywhere we haven’t been when they are offered up at a really good price.

Which is exactly how we ended up in Napier ..

Now I’ll be completely honest,  I knew nothing about Napier other than there was a really big earthquake that flattened virtually everything and they rebuilt everything in the Art Deco style – so at the very least we could wander around looking at old things.

Google helped (a little) and we added visiting the Aquarium to our to do list and I really hoped that since Napier has 200 km of cycle trails that we’d be able to do a cycle ride  (this one in particular) but we left things pretty open.

It was going to be a super quick visit – we landed at 8am and dropped our gear off at our central city hotel.  The lovely staff gave us a map and highlighted areas of interest that we could visit, which we would do straight after finding somewhere for breakfast. 😉

We walked along the beach front (which reminded us both of the UK – not only because Napier was grey and blustery when we visited, but because there was no sand just stones) and arrived at the Aquarium just as two loads of tourist buses pulled in (how’s that for good timing!).

Which brings me to another fact about Napier I didn’t know – apparently a billion* cruise ships dock here  a week .. who knew?!?!  Well apart from people who take cruises – I’m guessing crusing types know – I however am not one of them – unless it was a cruise to the Antartic – that would be pretty cool (in more ways than one obviously).  A visit to the Antartic would be on my “shit I’d do if my Dad win’s lotto” list, because I don’t actually buy lotto – but if Dad wins I’m pretty sure we all win. 😉

The Aquarium is pretty cool – it’s not Auckland’s Kelly Tarltons but it was a good distraction for a few hours on a grey and blustery day and because it was so blustery, bike riding went out the window and we opted instead to visit the Art Deco Museum which was straight across the road from our hotel and walking the Art Deco loop to check out old things (which is a legit tourist activity in Napier)!

One thing I wish I’d known before we went is that the Ocean Spa is super close to the city centre and we could have walked there and spent the afternoon wallowing in the hot pools – instead we settled for buying some bath bombs from the Body Shop and soaking in the tub in our hotel room.

My favorite thing in Napier?  It’s probably a tie – I loved the sunken garden (which is on the marine parade) and the statue of  Pania of the Reef.

Isabelle’s? Our hotel (it was super fancy).

The most disappointing thing? There is no climbing wall (both of us) or Nandos (Isabelle, obviously).