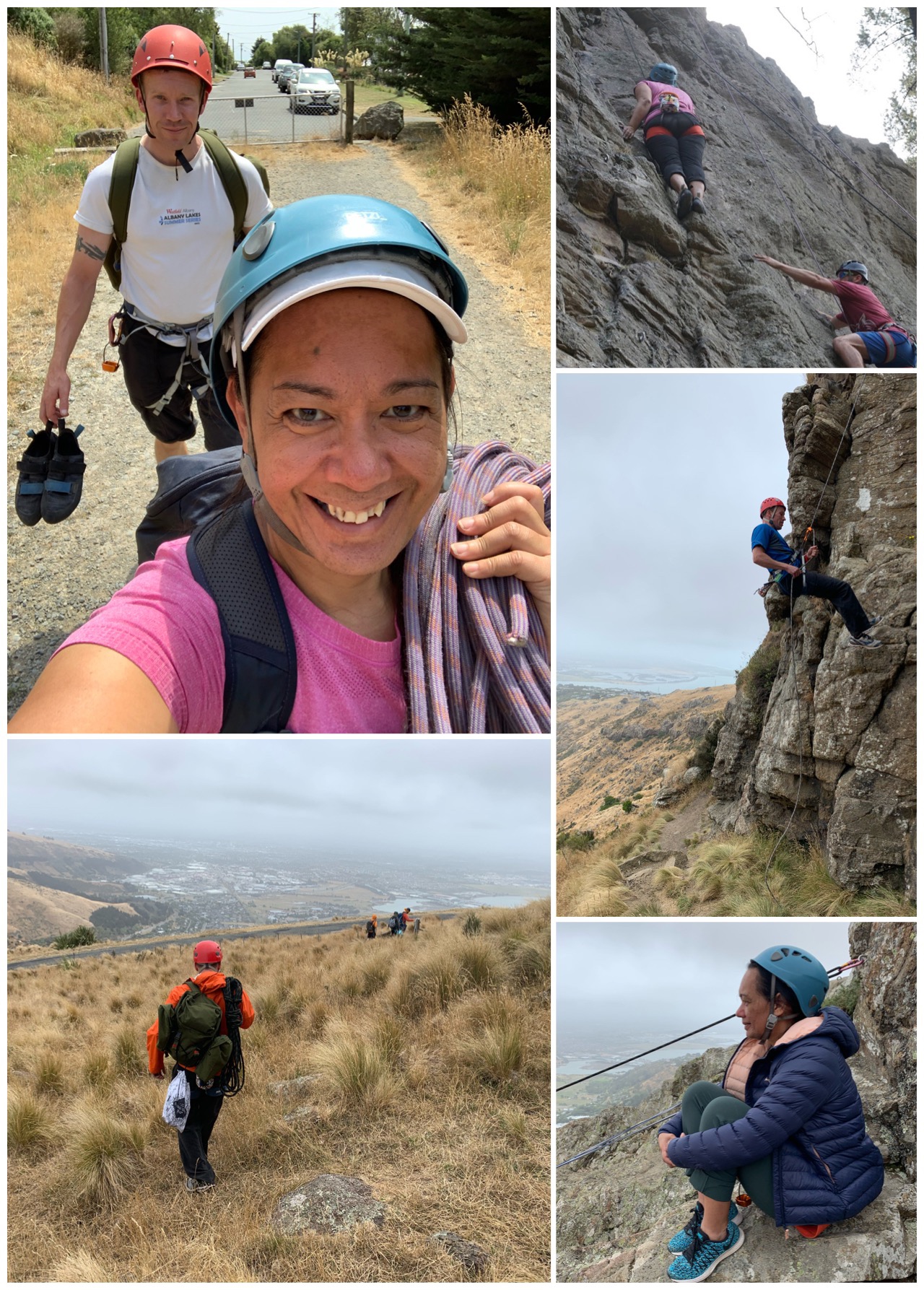 Isabelle and I had attempted to go rock climbing once before, but on that particular outing God had other ideas ..

As I was still keen on giving outdoor climbing a go, James and I booked onto a 2 Day Intro to Rock Climbing & Abseiling Course in Christchurch run by Outdoor Education New Zealand.

This is two-day outdoor rock climbing and abseiling is course delivered at two of Christchurch’s premier climbing areas.

In this course, we will introduce you to the world of outdoor top-rope rock climbing. We will look at personal safety, good belay techniques, and communication.

I decided that if the course is billed as being suitable for people with absolutely no experience, that we probably wouldn’t die .. and that’s pretty much how I settled on this course above all of the others lolool.

There were four on our course and we had all previously climbed indoors, so we didn’t have any true beginners among us, which probably meant that our course was able to move through the instructional stuff much quicker than if there had been any complete newbies which I guess is a bonus

Michael our Instructor, picked us up from the inner city of Christchurch and drove to our first Crag of the day in the Port Hills.  For those non climbing folk among you, a Crag is defined in the dictionary as “a steep or rugged cliff or rock face” – sounds hardcore right?!?

We got kitted up (helmets, harnesses, shoes) and lugged what seemed like 10,000 pounds of gear to the wall. Mike went over what gear is required to climb outdoors, then as he set up the top ropes we would use to climb he explained what he was doing (so that we could – one day in the far distant future, do it ourselves).  Next (as we had all climbed before) he checked our belaying skills, explained the etiquette around outdoor climbing and then let us loose.

It was a tad weird at first, I’m used to brightly coloured plastic holds that lead me towards the top, which you obviously don’t have on an actual rock face, so it was a case of heading in the general direction of the bolts (used for clipping into when lead climbing) till you reached the top. I did quickly notice that climbing on an actual rock face requires that you use your entire body to climb. When I climb indoors I often just pull myself up because I’m pretty strong, but it’s not often you’ll get a good enough hold to do that on an actual wall, so outdoor climbing was definitely good for my (pretty lazy) footwork.!

At Pop Up Crag, James and I climbed routes 5-10.  My fave was 9, however James preferred 10 – I think that’s because the first move of the climb was  was a muscle up and that’s his specialty 😉

After lunch we then headed across the road (and up a bit) to our next Crag -but instead of climbing down we were going to jump off! 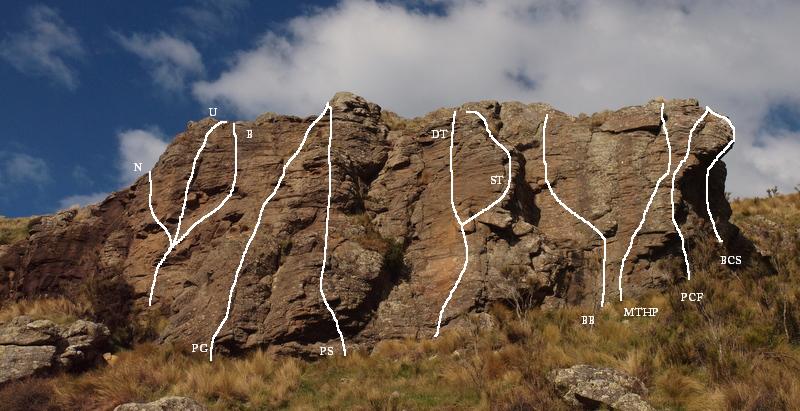 Now I’ll be quite honest and say I wasn’t having a bar of it (and Michael was cool with that) but after everyone else had gone I thought wtf – it’s a beautiful place to fall to my death and went over .. (and obviously I didn’t die BUT I was the only person who didn’t do a repeat journey).  I think James would have been quite content to do an entire weekend of abseiling – but he’ll have to find another wife for that trip. 😉

We finished off the day with a bit more climbing and then headed back to the hotel for some food and a rest, so that we could do it all again the next day.

All in all, it was the BEST weekend we’ve had in FOREVER and honestly, OENZ makes everything so easy! You should definately give it a go – James and I are planning on going back later on in the year with a certain tween in tow (and she’ll undoubtedly show us both up)!