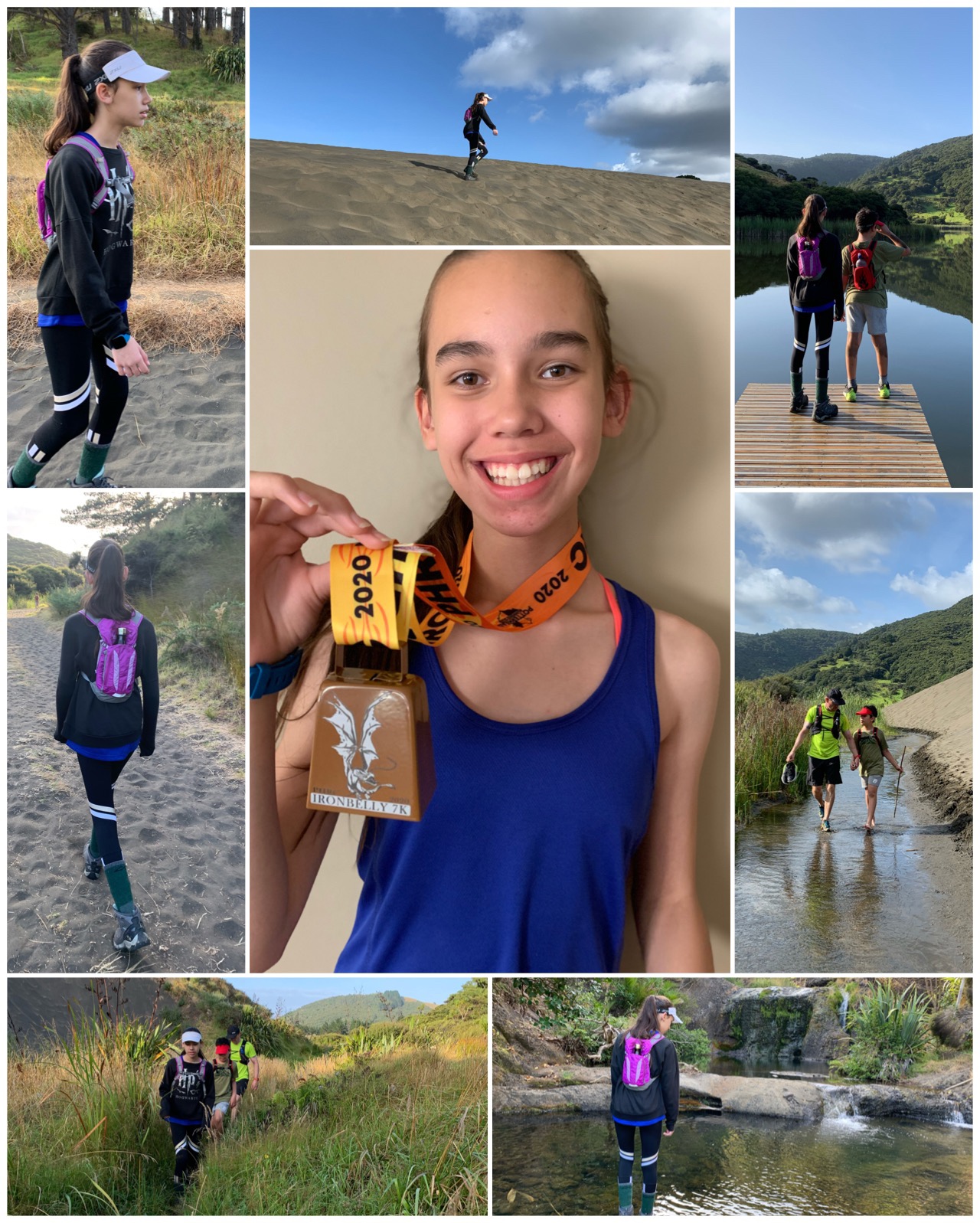 Back in 2016 I spent the year running virtual races with the then Hogwarts Running Club, (which has since been renamed the Potterhead Running Club due to Warner Bros having a meltdown) ..

This year Miss 12 asked if she could do sign up to do the Ironbelly 7km – she was even willing to spend some of her savings – which was a pretty big deal, because $35 USD converts to a pretty large sum for a 12 year old.

“Potterhead Running Club is pleased to present the first event of the 2020 season: Ironbelly 7k!

Our seventh year begins with the trio’s thrilling escape from Gringotts and the freeing of the Ukrainian Ironbelly dragon who had been forced to guard the lowest vaults.

Your registration includes this attention-grabbing 3″ ‘clanker’ (a real bell!) medal featuring the Ukrainian Ironbelly (“Iron-bell-y”…get it?) on one side, and our own version of the Gringotts crest on the other! As with every PHRC medal, there’s also the beautiful custom sublimated ribbon and the always-popular personalized digital bib!”

So I signed her up and she decides that she wants to walk/hike it – fair enough, you do you boo. However, because she’s 12 she was obviously going to need a companion (aka Mum to the rescue) and as I didn’t fancy wandering around our local streets, I offered to take her to Bethells Beach to do a loop of the lake (which is actually longer than 7km, but it’s pretty enough to warrant the extra mileage imo).

The day before the “event” she decides that it should be a family affair – the boys weren’t super keen, but I did that Mum thing (in short, I told them they had no choice) and we all turned up early at the lake, as it gets really hard to find a car park once all the fit peeps arrive to run up and down the dunes.

It was a chilly clear morning (so yes the parking area was pretty full by the time we arrived) and we set off.  It was every bit as stunning as I knew it would be.  It was actually the first time I’d been back to the area since they reopened the far side of the lake.  Previously (due to Kauri Die back) you hadn’t been able to go any further than the waterfall, so I really enjoyed being able to do one of my favorite loops again.

Isabelle comes out with me quite a lot so she’s used to covering that kind of mileage, my baby on the other hand struggled – because that’s what happens when you set out like a rocket 😉  thankfully his sister was super patient and would walk ahead then wait for him to catch up exclaiming how well he was doing.

She has however decided that he’s not coming on the next one, especially if it’s a half marathon!  I’ve decided to volunteer James as tribute if it is ..