THAT TIME WE DECIDED “NORMAL” CAMPING WAS WAY TOO PEDESTRIAN 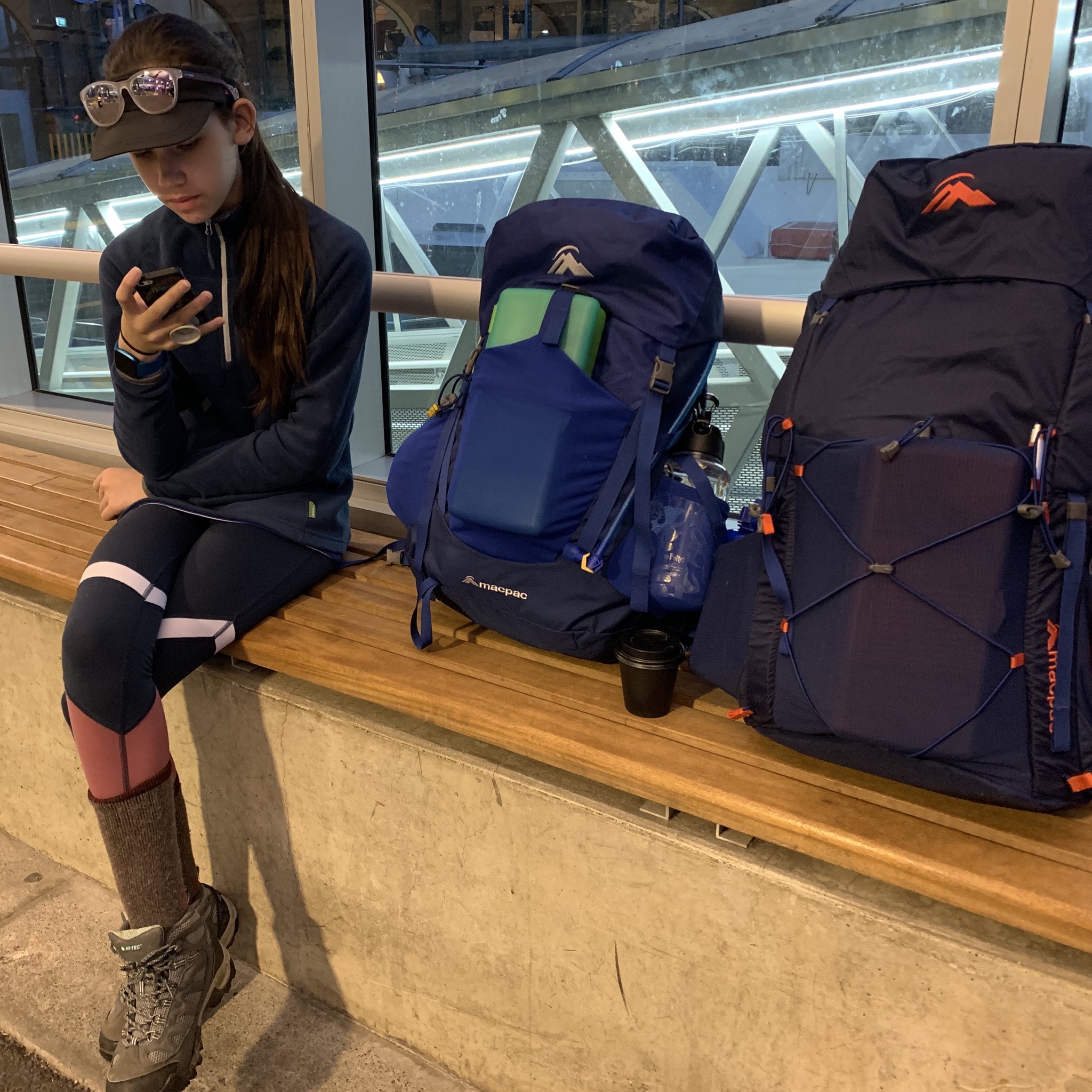 We hadn’t been camping in ages for a myriad of reasons, most of them having something to do with the weather, so when the opportunity arose to spend some time under canvas (or whatever our fancy schmansy tent is made out of), Isabelle and I were on it – the boys on the other hand weren’t having a bar of it, especially after we explained that we’d decided to go camping at Home Bay on Motutapu Island, which involved a 10.5km hike from Rangitoto. *soft*

On a positive note, we’d quite by chance decided to go camping at Motutapu on a weekend where Fullers run a Sunday sailing to the Island, so we’d only have to walk one way, which is a bonus when you’re carrying your entire “home” on your back!

I’d looked at doing this trip previously, so I had a tonne of info on the island, the campground and the route.  I’d even gone so far as to run the route once (but got to just past the trig before being “blocked by a gang of marauding cows” – I have a “thing” with cows and on that particular day, I let them have their field and turned around slightly short of reaching Home Bay.   it did however give me the general lay of the land which was very helpful when you plan to take an 11 year old carrying a pack with you.

Although Miss 11 had excitedly exclaimed that her  pack was super light (apparently her school bag is WAY heavier), I decided that we’d walk the route along the gravel “roads”, which although isn’t as scenic as going along the coastal track and the Motutapu Walkway, it is a much easier journey for a tween carrying a full pack.   It’s one thing having a heavy bag at school, it’s a completely different matter when you actually have to walk any distance with one! 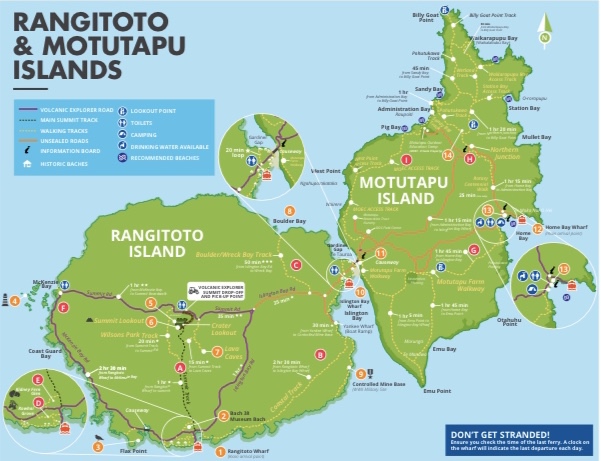 I’d read that it’s a 3 hour journey to Home Bay from Rangitoto, which I’ve found are usually pretty generous allowances so I was hopeful we could do it in 3-3.5 hours.  The next dilemma was deciding whether to go early or late (as I didn’t want her crossing a volcanic island in the middle of the day – Isabelle decided she’d like to go early and get it over with, so that we could spend the day hanging out at camp and do “camping stuff”, which suited me because the early sailing is the cheapest. 😉

We caught the 7:30 sailing, arrived on Rangitoto half an hour later and set off at a somewhat slow, but steady pace that I thought she’d be able to keep up.  We stopped every 1km so that she could drop her pack for 2 minutes and have some water, which she initially thought was a waste of time, but we both came to appreciate the quick rest breaks and (bonus) I could ensure that we was keeping up her water intake and we arrived at the Islington Wharf an hour and a half later, where I had a toilet break and she settled down for some morning tea.

The first half of the journey was relatively easy, however once you cross the causeway and hit Motutapu it’s a decent uphill slog, it was at this stage of the journey that Isabelle was exclaiming that she wasn’t doing this again, so I’m glad we didn’t go over along the Motutapu Walkway, because that’s even steeper!

We took more rest breaks on the uphill section (funny that) but I figured we could make up anytime on the downhill section heading into the campground, and we did – she actually left me for dead on the downhill parts (as my knees are dodgy as fuck and downhills suck .. ).

We reached the campground at 11am so 3 hours in total from landing at Rangitoto which I thought was pretty good!   We were both glad we didn’t have to walk back out though. 😉