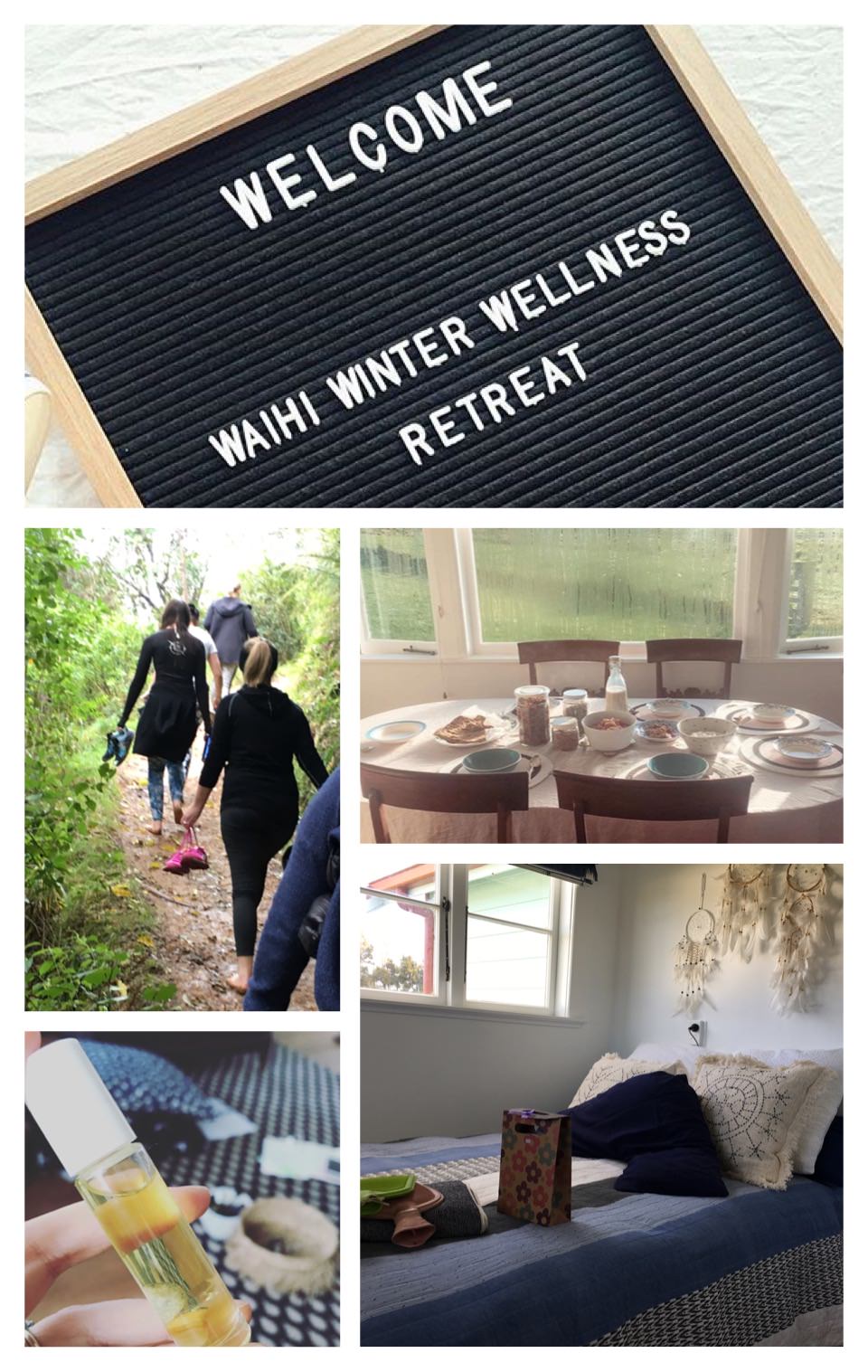 Last weekend, I unplugged and participated in my first ever retreat experience.

“I don’t know these people, what if I don’t like them?”

So although I briefly considered just flagging it, my investment had been (for me) too substantial to allow my apathy to get the better of me and I headed down to Waihi on Friday to unplug and recharge.

I had splurged out on a private room (because James laughed at the thought of his wife sharing a bunk room with a group of strangers) and I’m really glad I did because OMG it was SO super cute and (bonus) I didn’t have to worry about picking my stuff up off the floor .. lol.

The first afternoon/night was a lot of talking (it’s a girl thing) and eating (it’s a human thing) and we finished off the (really late for me) night with some Yoga Nidra – which for the uninitiated is basically lying on the floor covered up with blankets, listening to someone telling you to concentrate on feeling each body part – while your mind wanders off and thinks about anything but .. *sigh*

The second day we arose for an extremely Instagram worthy breakfast, before heading off to walk from the northern end of Waihi Beach to Orokawa Bay along the Orokawa Bay Track.  On our arrival at Orokawa Bay, some of our group sat on the beach and drank in the ocean air, others stripped down and ran into the ocean *brrrrrrr* and I chose to go treasuring hunting a little further down the beach looking for heart stones and shells,  which is somewhat of a ritual whenever I’m near a body of water, this time I even found three heart stones – A large one (James) a smaller one (Elias) and a pinkish one (Isabelle) – how cool is that!

Most of the girls decided to walk the 2.5km journey back barefoot – ummm I did not ..

That afternoon we had an essential oils class where we learned the properties of various oils before making our very own custom blend to take home with us, we followed that up with a session on self care rituals and a guided meditation (where I mostly managed to keep my mind on the task at hand).  We then enjoyed another gourmet plant based dinner and rounded off the (once again very late) night with a cacao ceremony.

Yeah – so, I think I fell asleep before my head even hit the pillow ..

Our final morning started with an amazing breakfast and although the plan was to go for a walk along the Karagahake Gorge, the weather put off the majority of our group so we stayed indoors by the fire, I had my one of one coaching session (where we discussed journaling – which is kind of like a blog but on paper) before joining the rest of the group in front of the fire for a snack and yep, you guessed it, yet more talking.

I headed home Sunday afternoon with a list of books to read, an even longer list of things I want to investigate further and perhaps most importantly, an overflowing cup ..