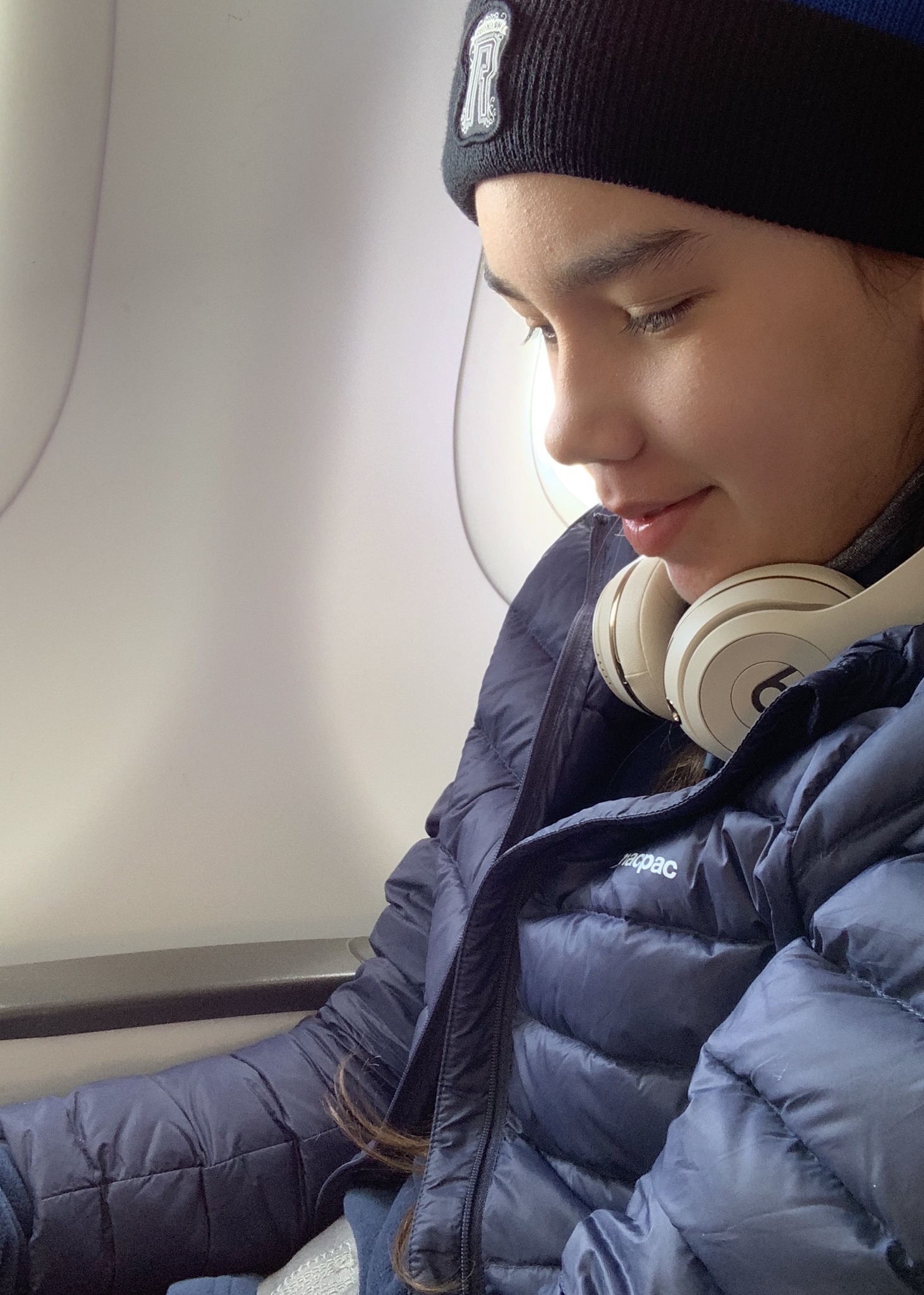 As a reward for doing really well in her exams I booked a girls* weekend in Queenstown for Isabelle and I.  The “big event” would be  a 1/2 day guided outdoor climbing session.  As we have only ever climbed in a gym, we were both rather excited by the prospect!  I mean we didn’t know if we would like it, but we were both keen to find out.

We had booked to fly down Friday after Issy had finished school so that we could climb first thing on Saturday morning .  Then we’d have  Saturday afternoon free to climb indoors at the gym before heading into the City Centre to eat Gelato on the waterfront with the other tourists. 😉

I arranged to pick Issy up straight from school and on our way to the airport we’d have time to call into my work (as we drive past it) so she could get changed.  Well .. What is they say about the best laid plans?

First of all the traffic on Lincoln Road was ATROCIOUS and if you know Lincoln Road, you’re thinking “well that’s just par for the course” but did you see how I capitilised ATROCIOUS?  Well that’s because I really meant it!  It took more than an hour to travel half the length of Lincoln Road!  But I was thinking positively, we still had plenty of time to get to the airport if I didn’t stop and she could always get changed there.

So we reach the airport (yay), Issy gets changed and we head to the gate.  We had just sat down when an announcement was broadcast over the speaker system “We just want to let you know that only 1 flight has been able to land in Queenstown today so although we will board and fly down to Queenstown, you may end up back here .. ”

Well let’s keep things in perspective – the flight is not cancelled – that’s a good thing!  Let’s just keep a positive attitude, give a shout out to the man upstairs and hope for the best .  We board (the totally chocca flight as a tonne of people who had been turned back earlier in the day were trying again) and head off.  The flight down was beautifully calm and we got word that the flight that had left before us had landed!  Boom!  I’m thinking to myself, this is going to be fine, before I start chatting to the man next to us who had been on one of the earlier flights, he said they got about 100 m off the ground before bailing out – OK lets just keep hoping that God isn’t super busy sorting out wars and stuff and can help our little plane land safely …

Issy’s happy, the view is great and we were served cheese and crackers (which has spoilt Issy for life as now everytime she gets on a plane she’s SUPER UNIMPRESSED if there isn’t cheese and crackers lolol – but I digress).  We start descending and honestly, I was ready for them to bail out after about 1 minute, but they keep going and I keep praying and then?

We fly all the way home again.

Looks like God was busy sorting out world peace and stuff BUT he did keep my baby and I safe on our travels, so I’m still winning!

PS – Air NZ booked us on a flight the next morning and we flew down to Queenstown (uneventfully – but sadly for Isabelle sans cheese and crackers). We missed out on climbing outdoors but we did do everything else we wanted too.

*Girls weekend because even though she invited her brother on her reward trip, he didn’t want to come so James had to stay home too.