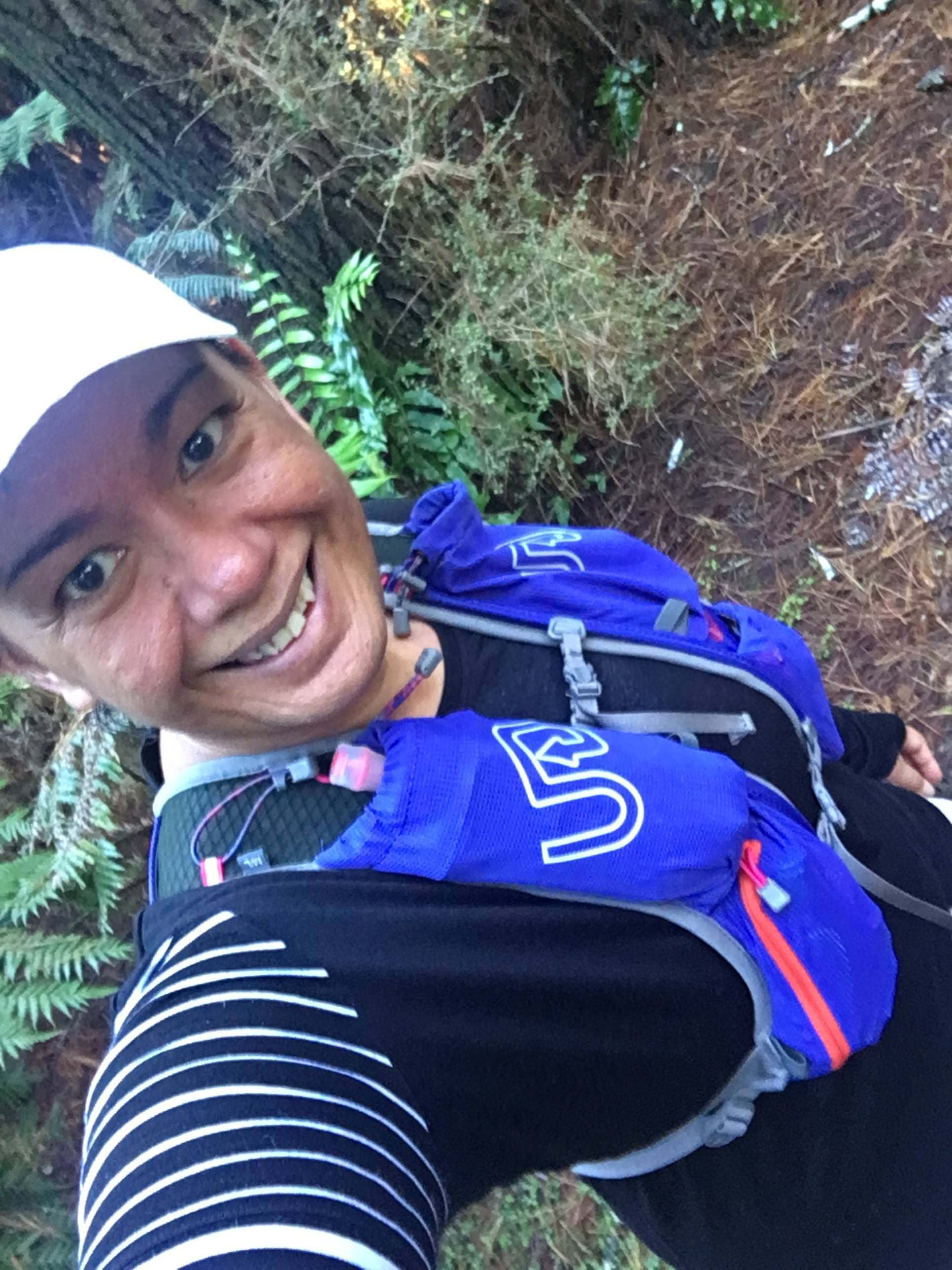 I’ve been rambling quizzically in circles while checking my location on the View Ranger app in the Riverhead Forest for a couple of months now and I must say that I often wonder why I never thought to run through the pine trees until the Rahui left me with no other (practical) choice.

I mean, yes, it’s not as user friendly as the Waitakere Ranges were – the trail markers in the Riverhead Forest leave something to be desired, the most interesting one I’ve seen (and I kid you not) is an oven ..  and due to the fact that it’s a logging forest my knees tell me all too often that there are way too many gravel “roads” for ones liking.

BUT once you get off the roads and and in amongst the pine trees it’s a such a lovely (albiet extremely muddy) place to run, but therein lies my problem.  I prefer to run off the main “roads” BUT when surrounded by a bajillion pine trees that all look the same (to my highly untrained eyes) it’s extremely disorientating.

More often that not, I’ll encounter a large tree that has fallen across the trail and when I go around it,  I can’t locate the trail again so I’ll just wing it and hope that I’ll stumble across something that resembles a trail soon .

99.99% of the time I have managed to find my way back to the trail, but there was that one time after seemly walking around in circles that I slightly panicked and bush whacked my way up a giant hill towards where my compass told me the “road” was, suffice to say I’ve stayed clear of that particular trail since then.

Granted, I’ll go back and figure it out (one day) but I’ll leave it for a Friday when I’ve got all day to work my way along the trail without the fear of losing daylight being stuck in the forest in the dark – alone ..

Speaking of being lost and alone, there are three things that I always run with when I’m in the Riverhead Forest (just in case);

The first is a phone, I use mine to keep track of where I am using either the View Ranger or Trail Forks app (this can be hit and miss, but between the two, I can usually work out where I am in relation to where I want to be) and although the coverage is patchy in areas I could use it as an actual phone and make a call should the need arise.

The second is a battery pack.   As I use the phone to track my whereabouts if my phone dies when I’m in the middle of nowhere, I’m well (in short) lost, I’ve also got no way to call anyone to ask for help and lastly I have an emergency beacon because shit happens and when it hits the fan it’s nice to think you have a fighting chance of being found.

Granted, most of this stuff lives in my running pack, so I don’t really have to think much about it (bar checking the battery pack every Sunday and recharging when necessary) so even if I’m going out for such a short one that I don’t even carry water I’ve always got enough gear with me “just in case”.

Now if I could just read an actual compass  – I wonder where you go to learn such things? I must ask Siri ..