When Isabelle (10) and I (10+) went down to the Coromandel to cycle a section of the Hauraki Rail Trail we thought an awesome addition to our adventure would be a ride on the historic Goldfields Railway between Waihi and Waikino at the eastern end of the Karangahake Gorge. 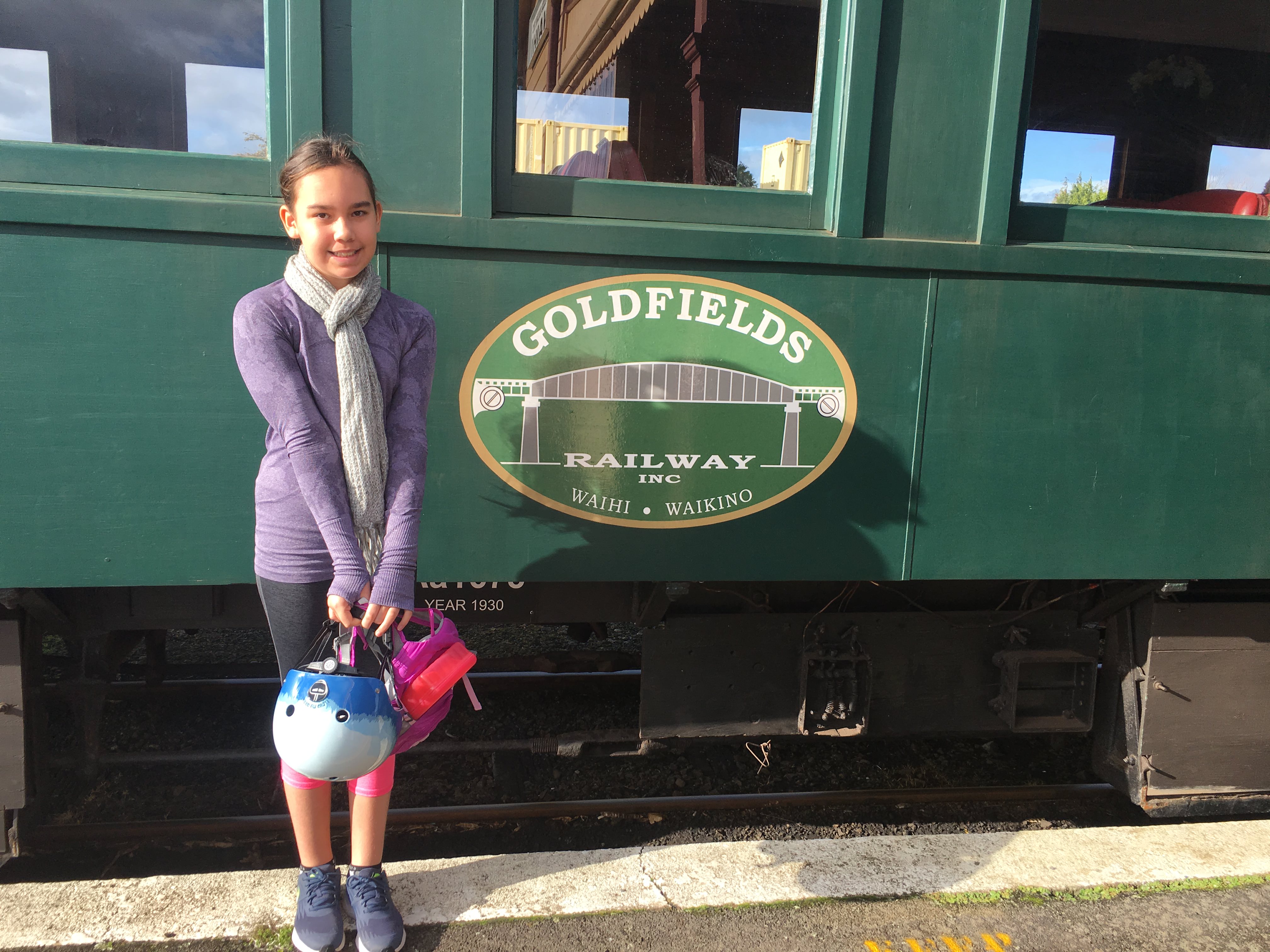 Ready to ride the rails

The Railway is run by volunteers which is probably why everyone you meet is so friendly, they genuinely love the trains and are very proud to show them off to all of the visitors. The train conductor loaded our bikes onto the open air bike carriage and before the train left the station Isabelle and I had time to walk through all of the carriages, which are exactly what you’d expect well restored carriages from the early 1900’s to look like.

The only thing we didn’t like was the copious amounts of stuffed animal “passengers”, however the younger passengers amongst us didn’t find them as creepy as Isabelle, so perhaps they are aimed to keep the youngest passengers amused throughout the hour long journey. 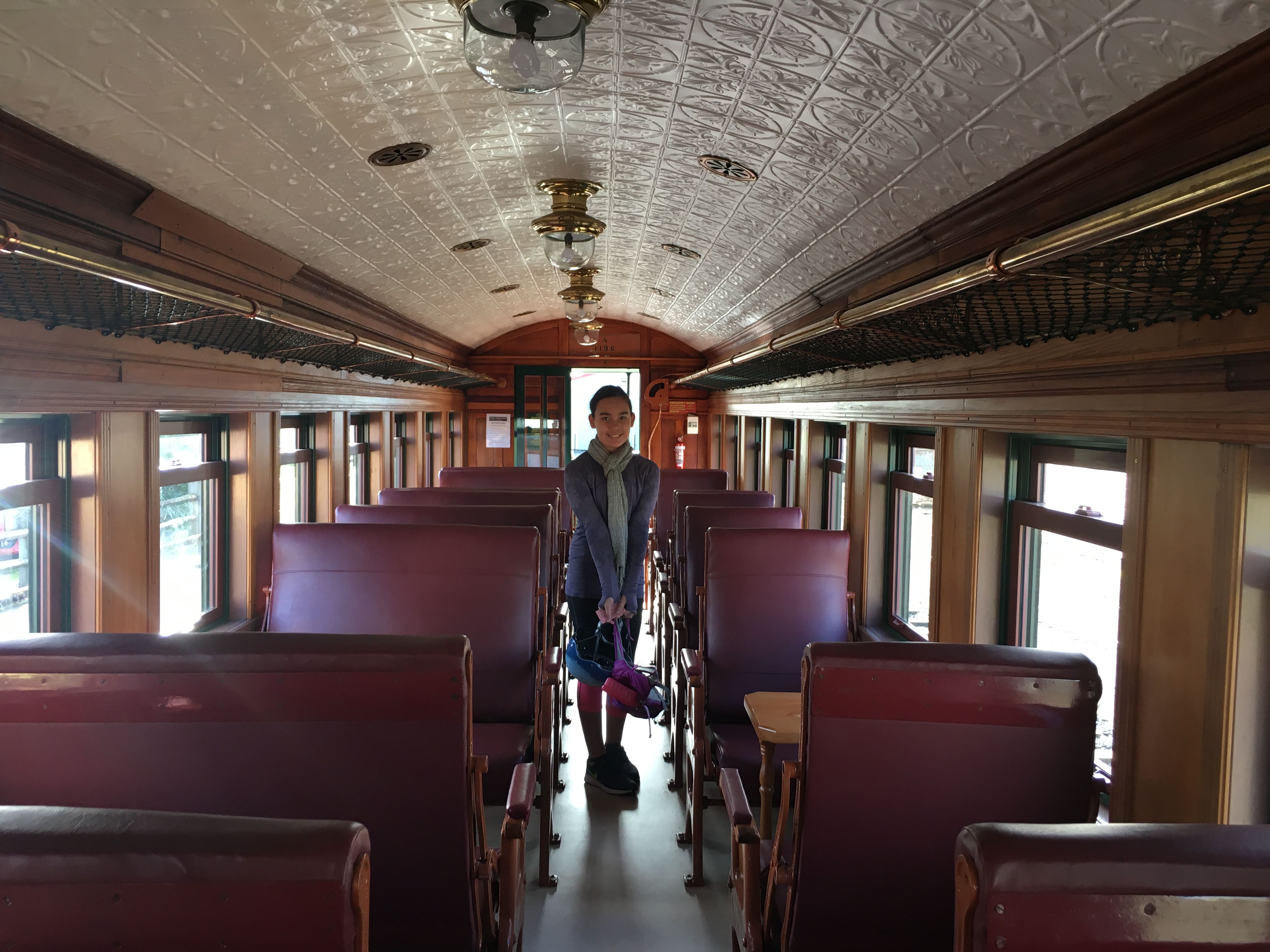 Inside one of the carriages

We had booked ourselves onto the first train of the day from Waihi to Waikino and even though the sun was out it was still quite chilly, however that didn’t deter us from taking a seat on the open air carriage, in fact every person who rode the train with us that morning decided to ride in the open carriage.

The train itself moves quite slowly, we met a lady on the train, whose husband “raced” us to Waikino on his mountain bike and we only just beat him, mostly because he had to ride past the Waikino Railway Station to cross the bridge over the Ohinemuri River and then turn back around to reach us. The woman informed us that they were riding through to the Gorge but she wasn’t sure she could make the entire distance, so she caught the train half way – great thinking! 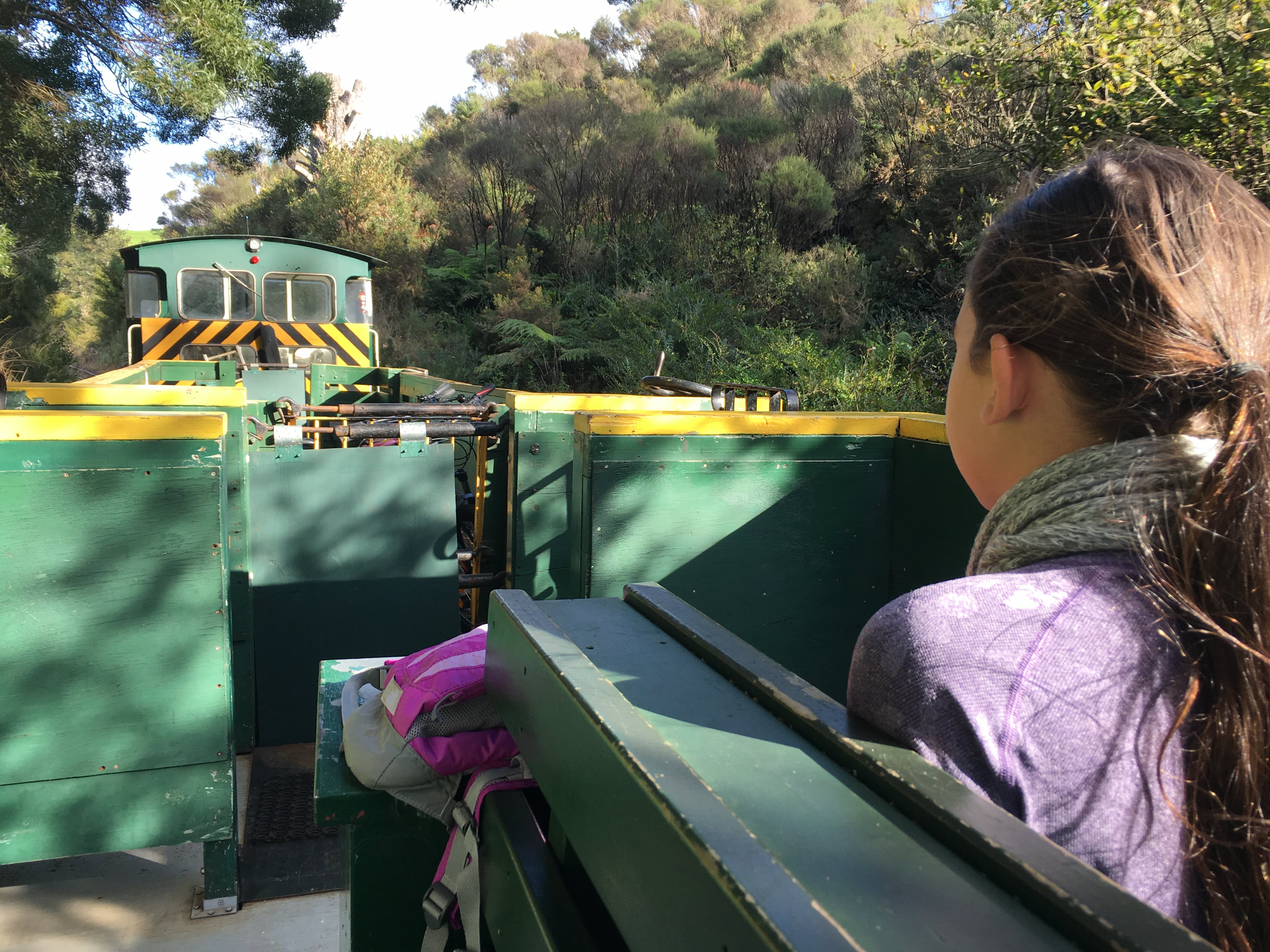 As I mentioned earlier, the other cyclist on board was cycling through to the Gorge with her husband, before returning to catch a later train back to Waihi. Isabelle and I were cycling back to Waihi and the rest of the passengers were having a pit stop at the Waikino station before riding the train back to base.

Isabelle and I started heading back to Waihi not long after arriving at the Waikino Railway station and we cycled into the Waihi Railway Station just as the train arrived. As I loaded the bikes back onto our car everyone I saw disembark the train had a huge smile on their face – all in all, it’s a great old fashioned family day out (you can even bring the family pet!)

For more information check of the Goldfields Railway website.