As I work part-time and James does not, he tends to find out what happened in my day the same way you guys do – Social Media!

Although that actually sounds a bit sad, it’s probably the reality for a tonne of married couples who work in paid employment and then run around after kids when they get home.

So, (because it happened hours earlier) it came as somewhat of a surprise when out of the blue one night James thrust his phone towards me and said, what exactly were you going to do with this? .. 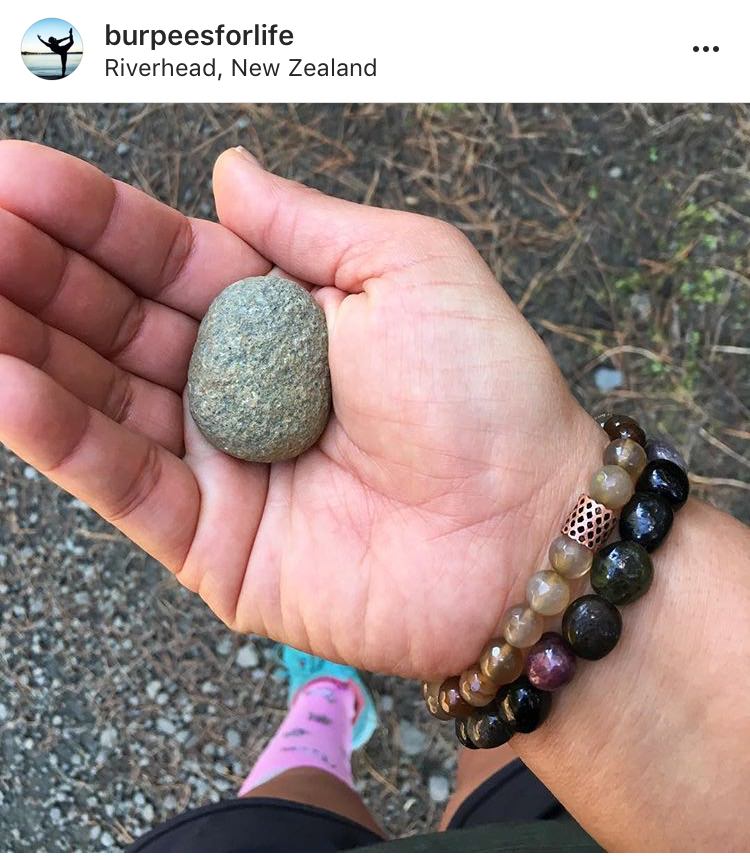 Day 10 #lmaaugust *RAOK* This is George, George offered to protect me when I was out solo running in the forest and I thought I saw a person waiting to murder me (it turned out to be a person looking gorse bush) 😂 George stayed with me throughout my run – thanks George you really know how to make a girl feel safe 💟☺️

*eye roll* I thought the caption said it all ..

James – “No I mean like what were you ACTUALLY going to do?”

Me – “I can actually run quite fast when I’m scared – remember when we ran through that Zombie tunnel?”

James “So you don’t actually have a plan then, because that rock isn’t going to do much damage.  You’d be better off carrying dust, then you can throw it in their face, even you could outrun someone who has been blinded .. “

It’s true love when they feel comfortable enough to tell you that the only chance you have of outrunning someone is if they are blind. 😉