THAT TIME WE WENT TO AN ISLAND TO COUNT BIRDS 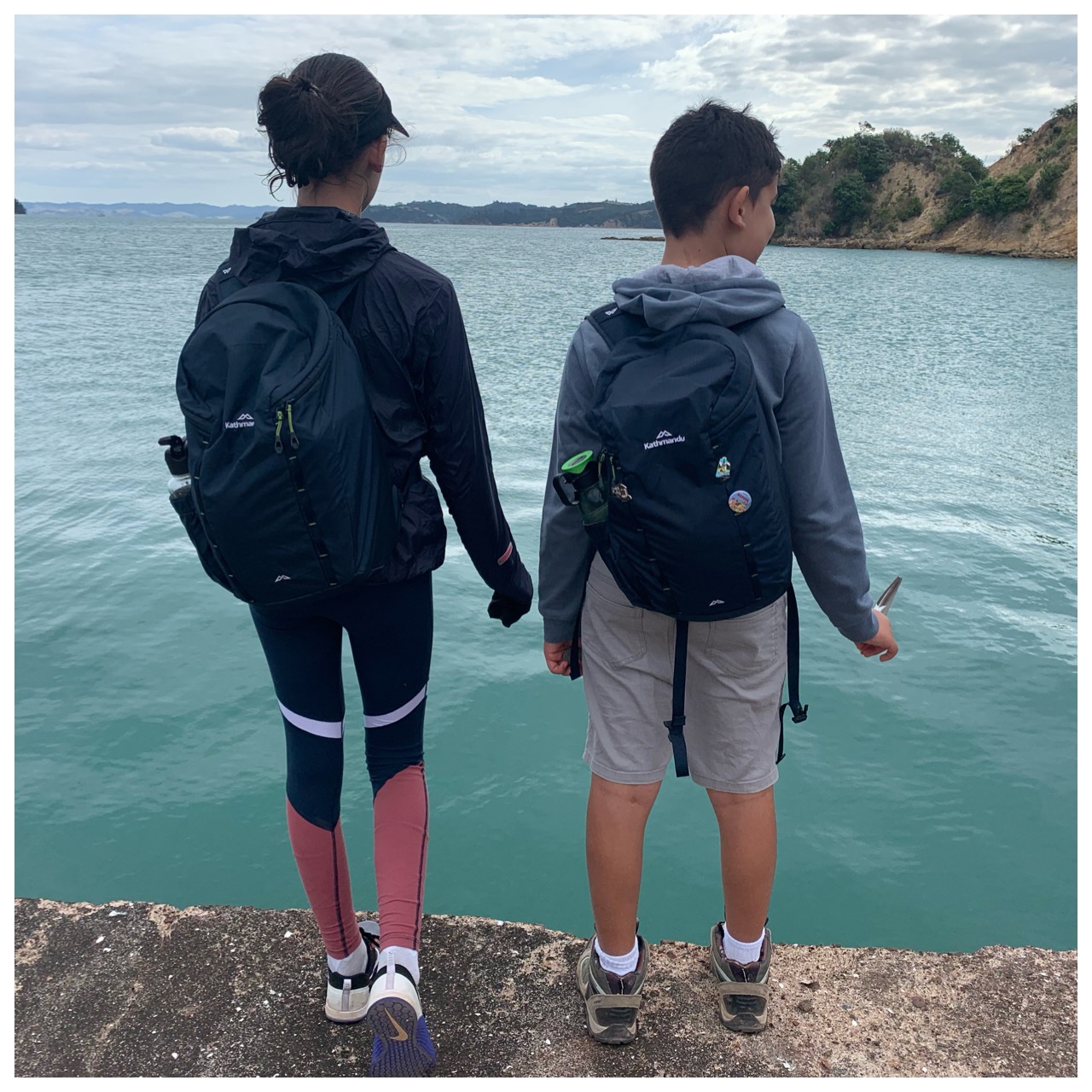 We’re doing a one-day survey to identify the flora and fauna that live on Rotoroa Island. And we need your help!  This is the perfect chance to bring your family to an island paradise and contribute to NZ Bird Atlas 5 year mapping project.

Rotoroa is an island sanctuary for New Zealand’s endangered animals, you can explore four beautiful beaches and meet takahe, tieke, weka, as well as many other threatened New Zealand species.

Grab an ecosystem fan deck and an observation map and make special note of the wildlife and plants you see around the island. We’ll collate all the info from your junior scientists and load these on NZ Bird Atlas.

How’s that for the perfect excuse to visit an island!

Issy and I (who are the adventurers in the household) convinced the boys it would be fun so we went over as a family unit to count the birds. I didn’t know much about the island, other than my first Father In Law lived there when it was run by the Salvation Army – I actually looked for photos of him in the museum, but I didn’t see any.

It was a 75 minute ferry ride from Auckland Downtown to Rotoroa Island and along with playing cards (and if you are Elias, snacking) we downloaded a map of the island to make a plan for the day. 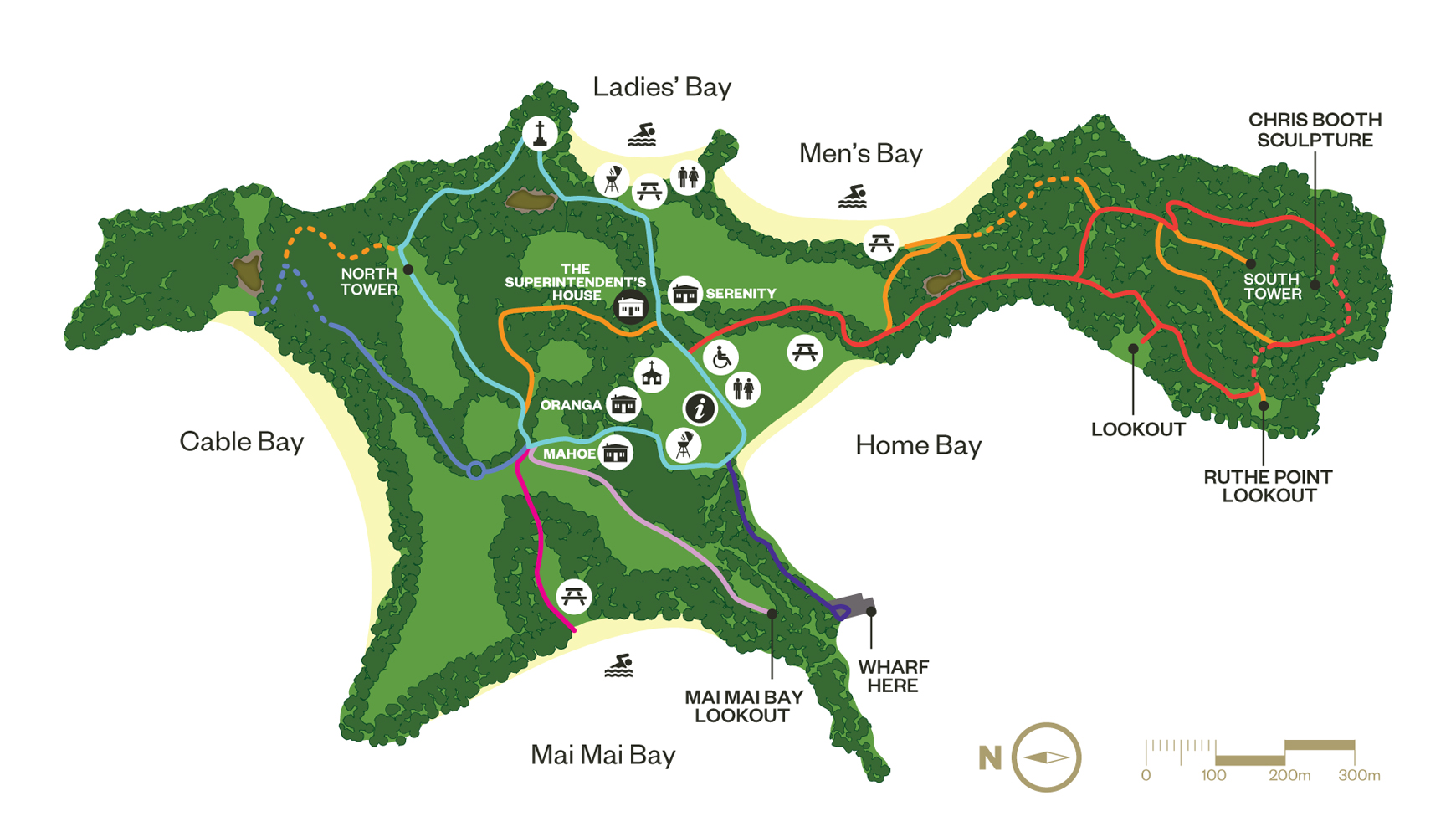 I’d ruled out doing a loop of the entire island because Elias isn’t a huge fan of walking and as such, it would have taken FOREVER and involved a tonne of moaning, so we had narrowed it down to either the 45 minute Northern Loop or the longer 75 minute Southern Loop.    Either way, we were going to finish the day with a swim at a beach – so we were winning regardless.

We pulled up to the Island,  and were met by the Rangers and taken into a “hanger” where we went over the bio-security screening.  They also explained where all of the facilities were located and what to do in case on an emergency.  After that, we were given an observation map and a fan deck of the resident birds, insects and plants (split into habitats) and let loose.  You could choose to do a stationary count, which is where you picked an area and sat for a certain length of time, noting the birds you saw or you could do a walking count, where you walked and counted the birds that you saw on your route – marking them on them on the map.  After much discussion, we settled on the latter,  deciding to would walk the the Southern Loop counting the birds we saw (Isabelle refused to count bugs – she decided that the boys should do that).

The formation of the island means that the first half of route is uphill, which on a glorious Auckland day, was hot going, but the Weka sightings were often enough to keep our minds off the ascent.  BTW – I had never seen a Weka before, but they’re so cool, they reminded me of slightly less destructive keas.  I read that all of the Weka on Rotoroa were established from just six birds that were transferred from Pakatoa Island in 2002, I can’t remember exactly how many there were but I’m sure it was hundreds, they were far and away the species we counted the most of on our walk.

Apart from being a useful human and counting birds,  we visited the Chris Booth Sculpture and stopped for lunch with a friendly Weka at one of the look out points on the way back down where the views were undeniably stunning.  Men’s Bay was the first beach we reached after we’d finished the Southern Loop and I thought it was stunning – James however wanted to go to the next bay along (Ladies Bay) because unlike Men’s Bay that has a long drop, Ladies Bay has both flushing toilets and outdoor showers (albiet cold), so we went back down to the Exhibition Hall, looked through the museum then got changed before heading back to Ladies Bay – which is literally a hop, skip and a few (hundred) jumps away.

We quickly realised that every single person that had been on the ferry was currently at Ladies Bay *sigh* but we were here now, so we found some space and the kids ran into the water.  James joined them and I “guarded” the bags (aka I lay in the sunshine).  They then looked like they were having so much fun (and I was uber hot from lying in the sun) that I wrapped a towel around me and got changed – cause I’d done enough walking for the day, I couldn’t be arsed going to the changing block.

As I walked down to the water it clouded over (typical right?) but I knew once I was under the water it would be sweet as, so I dove in and it was beautiful – I mean cold – but beautiful.  I didn’t last nearly as long as the kids who were quite happily turning blue – so I did the big bad Mum thing and ordered them out of the water to warm up – the way they acted you’d thought I’d asked them to eat peas .. 😉

They balked at getting changed though, so I let them make sandcastles and dry out before they came back to our spot to have some food.  All of them really wanted another dip before we had to head back to catch the ferry – I on the other hand was quite happy to get changed and watch from the sidelines.

It started getting quite windy down at the beach so they all got changed and we decided to go back to the Exhibition Hall, drop our map and data off and get some ice blocks before heading back to the Ferry. If you do go to the Island, make sure you get an iceblock – it’s one of the ways that the Rotoroa Trust makes money for the upkeep of the Island.

All in all, it’s a fabulous place to spend a day, Isabelle and I are super keen to return and check out the Northern part of the Island, and I bet we can even get the boys to go back ..