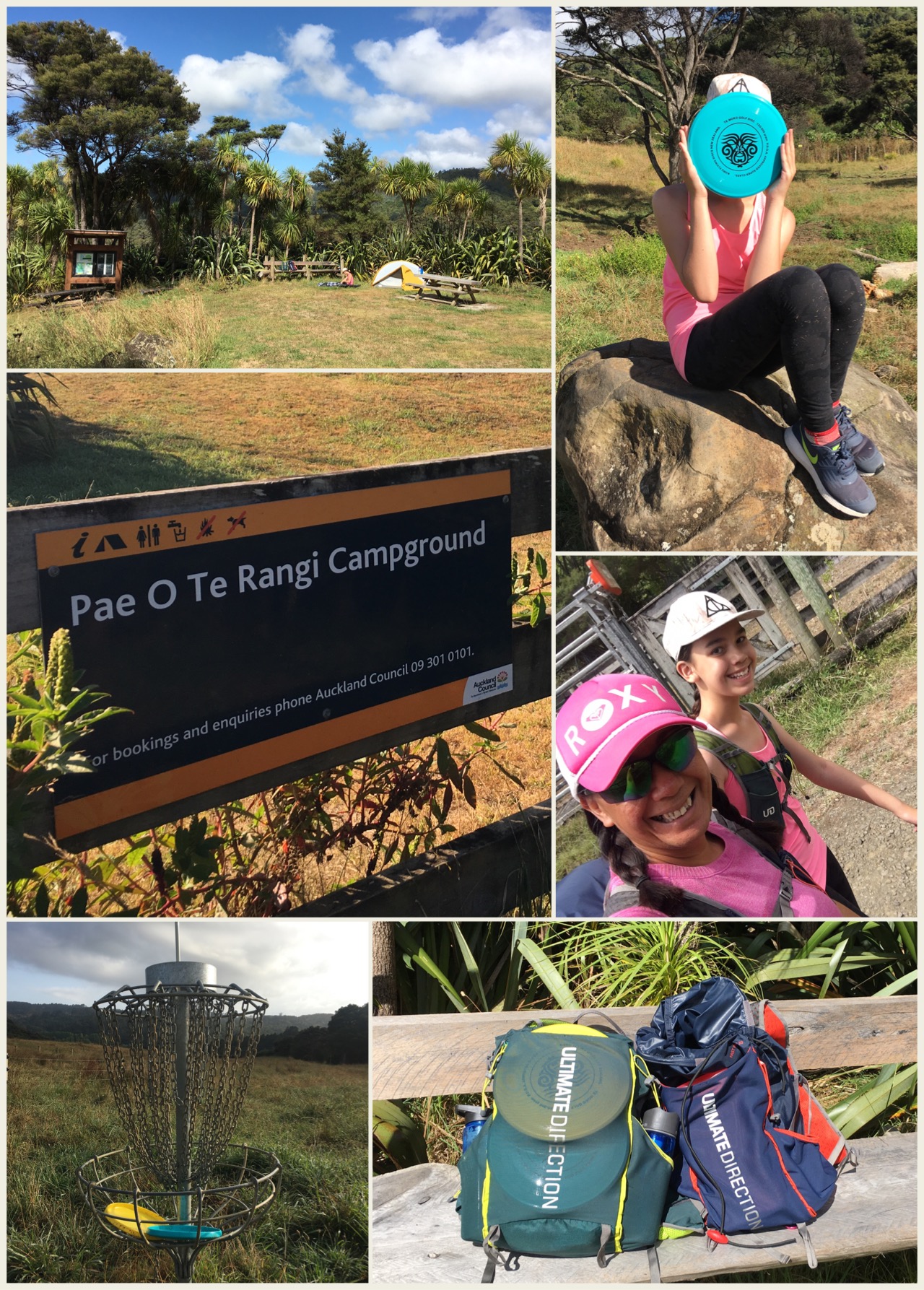 The other day, Issy and I were talking about our “campground’s to do” list when I looked at her and said “you do know that some of these are just fields in the middle of nowhere right?” to which she answered “Isn’t that what all campgrounds are?” – touche’ my child touche’

However, after a 25 minute up hill hike from the car park on Te Henga Road, Bethells  to reach the Pae O Te Rangi Campground in the Waitakere Ranges she soon realised that some campgrounds are in fact quite literally fields in the middle of nowhere. 😉

Which perhaps is why we were the only people there – in fact I’d done a bit of recon through the area the day prior so that I could decide if Issy would be able to cope with carrying a fully laden pack from the main entrance, or if I’d need to park on Long Road and take the “short cut” when I got chatting to one of the locals who mentioned that the campground never gets used – which is quite sad really, especially when you think it cost us a total of $12.00 for both of us to stay the night and there’s an entire disc golf course at your disposal (oh AND the toilet doesn’t smell!) – now that’s winning.

I will mention that the campground is not flat.  On the day I ran through it I’d decided that we could set up our tent on the hill that kind of runs through the middle of the campground.  The closest thing I can think to explain the terrain is a sleeping dragon – the centre is the highest point (the spine) and it slopes downwards on each side.

I had envisaged that we’d set up near the trees (but not under them), which would have provided us with an awesome view of the valley below us and the hills in the distance from our beds, but on our arrival the wind had whipped up considerable (and I mean CONSIDERABLY) and although our tent is a little fortress we thought we’d play it safe and tucked ourselves into a sheltered (and flatish) corner.

We set up, staked the guy lines out and lazed next to the tent in the sunshine, waiting for the wind to die down enough so that we (complete novices) could play disc golf – which is actually a tonnes of fun.  In fact Issy and I think this would be a great campground for a youth group to descend upon – although with a maximum number of people allowed to stay being 30 it would have to be a pretty small group. 😉